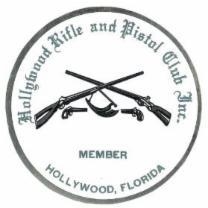 GUNS PERMITTED:  Any caliber pistol permitted to be fired on the club range may be used.  Most shooters have optics on their pistols. Centerfire pistols are allowed with the approval of the match director. Minimum 90 rounds ammo. Recommended 120 rounds ammo.

POSITIONS:  Any standing position not requiring artificial support of either hand or arm.  The pistol may be held with one or two hands.

ENTRIES:  Limited to one relay, 25 competitors.  At the discretion of the Match Director, the line may be extended to the “rifle side” of the firing line where only .22 caliber pistols are permitted.

AWARDS:  A modified Lewis System is used.  Awards are won by the Winner and every other “odd” or “even” competitor.  The last number of the winning score determines whether competitors are “odd” or “even”.  When the winning score ends in a “zero”, the score is considered to be “even”.  Monies are divided equally among all award winners.  Any odd amount goes to the HRPC.

BULLSEYE MATCH:  A modified 90 round Bullseye match is available. This match consists of one-handed shooting at 25 and 50 yards.