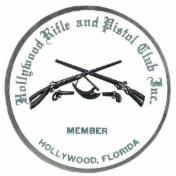 RULES:   Rules are determined by the Match Director.

ENTRIES:  Limited to one relay, 25 competitors.  At the discretion of the Match Director, the firing line may be extended.

AWARDS:  A modified Lewis System is used.  Awards are won by the Winner and every other “odd” or “even” competitor.  The last number of the winning score determines whether competitors are “odd” or “even”. When the winning score ends in a “zero”, the score is considered to be “even”.  Monies are divided equally among all award winners.  Any odd amount goes to the HRPC.

ADDITIONAL MATCHES- At the end of the match